Our first impression of Alice Springs, the real centre of the red centre, wasn?t all that flash.

We were on our way out the door of the tourist bureau in the Todd Street Mawl (it?s really only a mall but they like to be a bit different up here!) with our arms full of maps and brochures when we bumped into some travelling pals. The driver immediately swung into full chat mode, whereupon he was attacked!

An elderly woman (with, shall we say, a permanent suntan and a broad nose?) roughly shoved his legs out of the way to score a used ciggie butt off the ground beneath his seat. He stopped, took a deep breath as he watched her casually saunter away then kept right on chatting.

Later, once we were settled in at the caravan park and a few brown bevvies had been consumed it seemed this incident had morphed into an entirely different encounter of quite humorous proportions!

Next morning although some people were feeling a bit thick headed we headed out to get a real dose of central-style culture at the Alice Springs Cultural Precinct.

The first two places here were right up my alley. The Arts Centre is home to movie, drama and dance theatres as well as art galleries. In the main gallery we viewed the Alice Art Prize and voted in the ?peoples choice? awards. In another section there were five generations of the Namatjira family?s artworks on display. We also saw a film about how the aboriginal dot painting industry was started.

The next building housed the Central Craft Workshops. There were many artisans here busily working on various projects from pottery, woodturning, and lapidary to weaving and beanie making. Although it seems unusual to be making warm woolly hats way out here in the desert heat, every June there is a massive Beanie Festival in town and people come from all over to create and display their masterpieces.

Next we entered the beautifully air-conditioned Darwin Museum. While I was happy enough to wander around enjoying the welcome dose of cool air, the little fella donned a headset and took himself off on a self-guided tour of the astronomy, geography and geology displays. He was most impressed with all of this and was able to keep me informed of many useless facts for days afterwards!

To balance out the days? adventures, we then explored the Aviation Museum. Once again the driver was totally enthralled with all the mechanical displays as well as the extensive history of aviation housed in this original hangar that was the first Alice Springs airport. 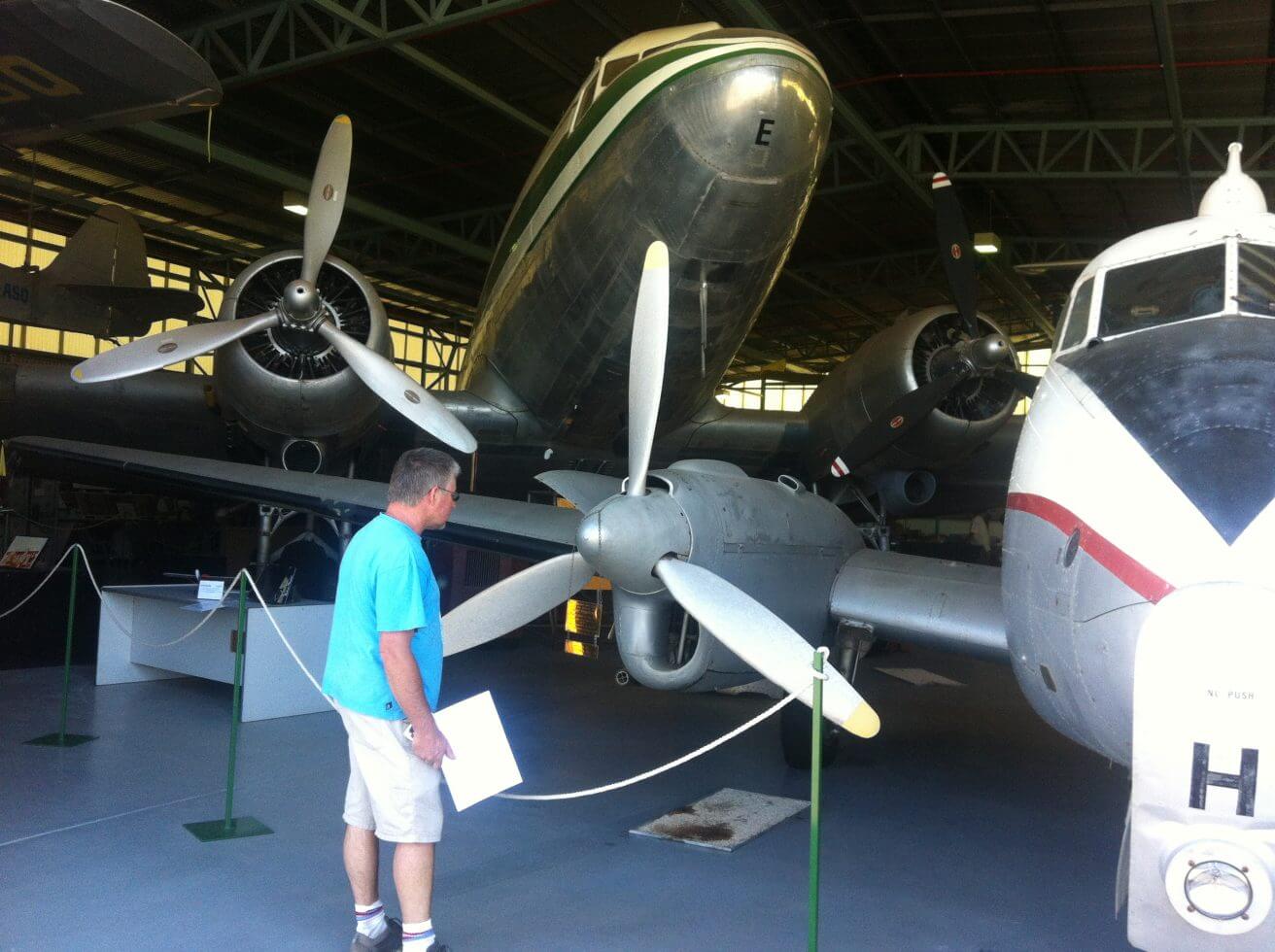 Later, back at the camp during another thirst quenching session he held his audience enthralled with stories of these hardy aviation pioneers. Blokes like the determined (if not slightly unbalanced) entrepreneur, Eddie Connellan. When Eddie finally convinced the government he could handle the mail run service by air in the 30?s, he?d cleared most of the airstrips at the outlying cattle stations by hand. The only machinery he had was his Silver Ghost Rolls Royce, which he used to rip the mighty mulga trees and their massive roots right out of the ground!

The next day we re-stocked with supplies and enjoyed a coffee (ie. luke warm froth in a cardboard cup) in the Todd Street Mawl. Once again, the locals provided the visual entertainment!

Then before we headed out of ?dodge city?, we stopped in to visit the Olive Pink Botanical Gardens. The original Miss Pink was a feisty little woman who had set out from Adelaide on a nationwide quest by train to save the outback environment from the ruin of the pastoralists.

She only made it as far as the Alice in the 30?s. Where until her death in 1979 she lived in a tin hut and campaigned for aboriginal rights. She also promoted public interest in the study and sketching of the native flora and fauna. Her determination to develop this field eventually led to the granting of public land for a nature reserve. 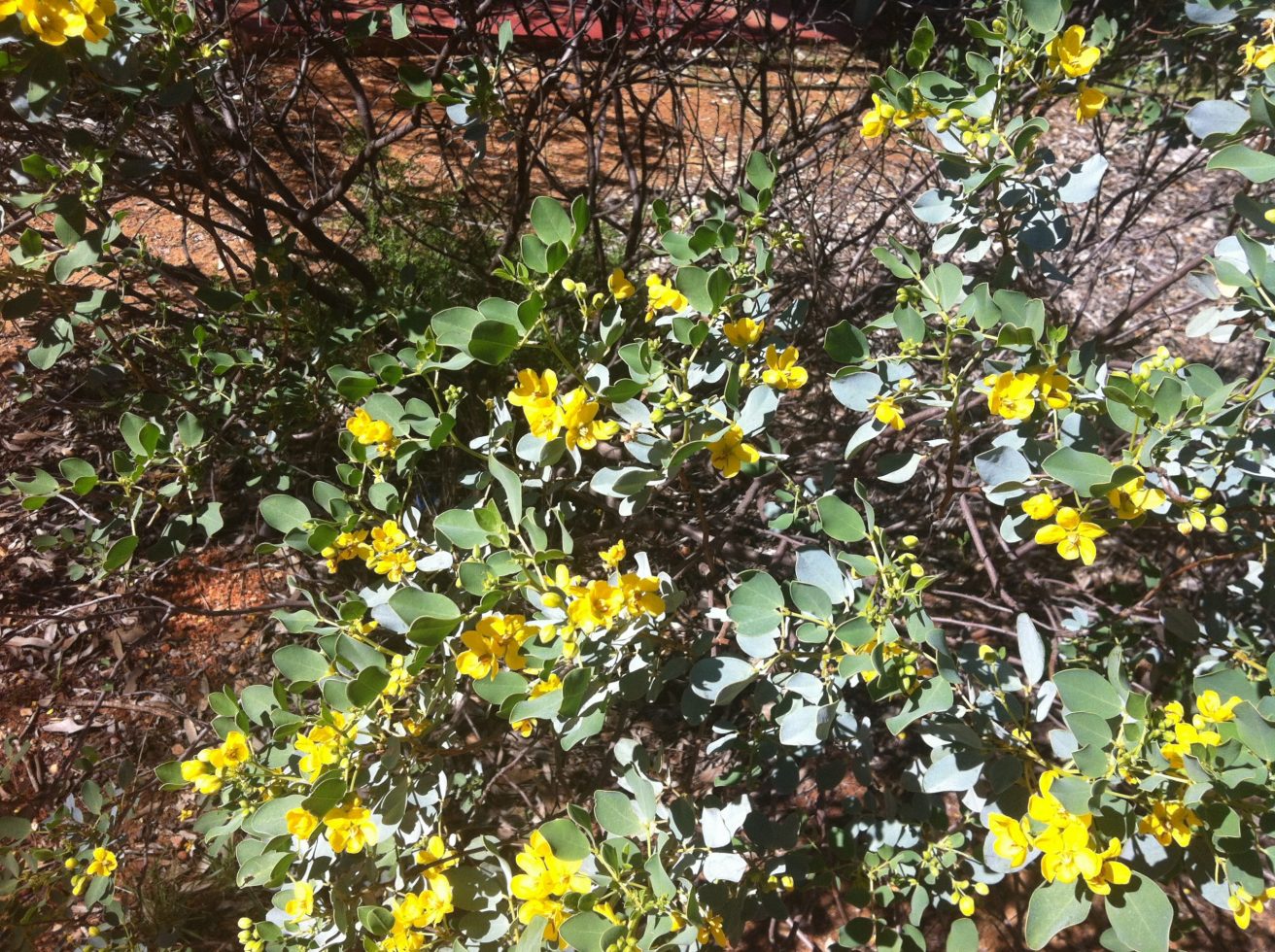 Today it?s a rich source of botanical information containing some rare and endangered plants. It?s also a lovely shady spot for a picnic complete with a cute caf? (serving real coffee!) as well as a bike path into town.

A pleasant Sunday afternoon read had by Mick & Michelle. Memories of the cultural precinct came flooding back….the exception being that we dragged our teenagers through it! XX