Arriving at the Port Augusta Motorhome Park we found this is, in reality just a vacant piece of dirt next to the Central Augusta Football Club. All vehicles have to be self-contained. There?s no power, no toilets, no washing facilities, no designated parking areas; nothing to write home about at all really! But, it only costs seven bucks a night and the funds go straight back into the local sporting community.

At first I was a bit unsure as we were so far from town but quickly learnt that it?s not the facilities, the view or the location that matters ? it?s the people you find yourselves surrounded by that makes for happy campers. We met up with so many friendly folk that it made our enforced stay in the industrial city of Port Augusta a time to remember. Ian soon got chatting (hard to imagine, I know!) and discovered a couple of fishing fanatics amongst the group. So the boat finally got wet.

Upon their return they proudly presented the cooks with two small whiting and a blue swimmer crab. Luckily, we?d prepared extra food in case of just such an enormous haul!

Of course, the hunter-gatherers had returned with a mighty thirst to quench and as luck would have it, the other guys were expert brewers who specialised in distilling their own alcohol. There was a huge range to choose from including Johnnie Jogger, Jim Boom and Bindy Rum. There was also an extensive list of liquors, of which the Butterscotch Snappy was voted most enjoyable.

Some people (not me!) may have even licked the spilled drops up from the table!

We did a bit of touring around the town. It is really quite picturesque with its quaint fishing shacks on the beach, elegant stone buildings and the echo of the coal trains in the distance. We even spotted a dolphin in the harbour!

On Thursday our new wheels finally arrived. YAY! But in the meantime, the technician had noticed that our vehicle had a current recall for the spare tyre mechanism (we had to have it replaced or we would void our warranty!) And guess what? The part wasn?t due in until the next day.

(At the same time a sad call came in that we?d been expecting for some time now. It was the nursing home advising that my dad had given up his long arduous fight to survive and had passed away peacefully surrounded by family. Rest In Peace Dad xx)

So we were forced to spend another night in good company around a roaring campfire built in a repurposed gas bottle. It?s quite a neat set-up, the top turns into a very stable stand and is later stored inside the base when travelling. The driver has added making one of these to his growing list of jobs. 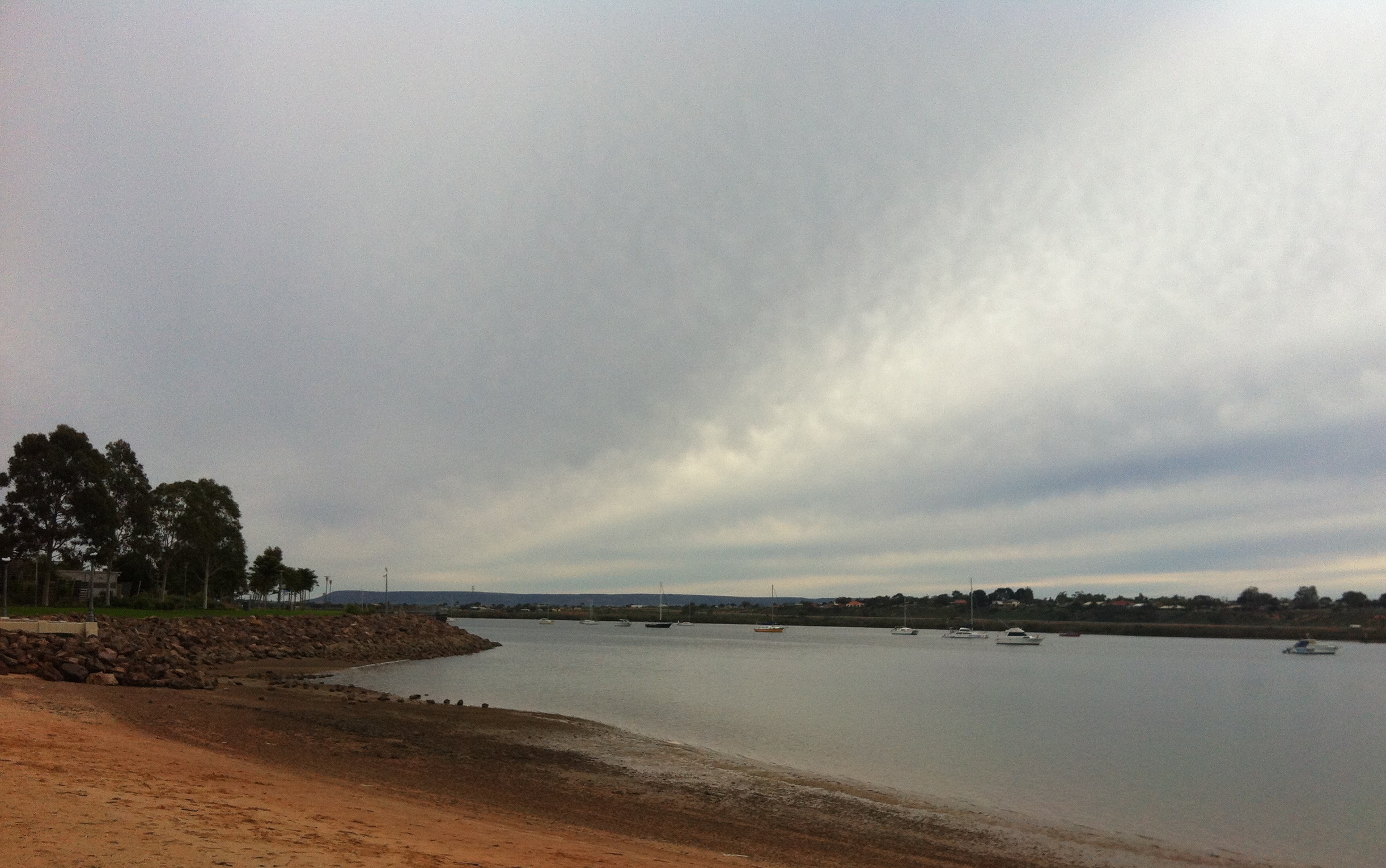 We were all set to go by Friday arvo, but then we heard rumblings around the camp about a bang-up meal being put on at the footy club. Well, we had to show our support for the club! They had been such gracious hosts even providing Ian?s nightly entertainment, watching each age group at footy training.

It was a fitting farewell to our new friends who had made an otherwise difficult week much easier to bear.

Am enjoying these blogs so thought I’d better test a reply. Very descriptive writings from our budding author I must say 🙂

Thanks Pam, how much do I owe you again??

Sounds like you are having a great time. Wish we were travelling too!! So sorry to hear about your dad passing. God rest his soul.
Safe travels guys & keep the posts coming. Sue xx

Hi Danielle and Ian, sorry to hear about your Dad . Am enjoying reading your blog. Were you able to get emergency roadside assistance ? The RACV said they do not cover motorhomes. We are part of the Australian Warranty Network and we have insurance, but I worry what we will do if we have mechanical problems or even a flat battery .

Hi Donna, we did manage to get RACV cover finally – although we had been advised on numerous occasions previously that the motorhome didn’t qualify! However, your vehicle weighs 4.5 which is heavier than their 4.0 limit. We also joined CMCA which is a motorhome club we can highly recommend (they offer caravan park discounts, free campsites and loads more info for their members)but also because their insurance package does include roadside assist!

Enjoying the stories as they unfold, kidets. More photos please! The color of that earth is amaze-a-balls – a stolen word that I expect with become common usage in about 10 weeks… Our dad would have been over the moon about your travel stories – and that you kids are finally on the road. Nx