On Monday we set out towards the blue skies of South Australia along the Barrier Highway. We had to get the bounce-mobile to the Fiat dealer in Port Augusta before they would order replacement rims to be sent from Melbourne. This was a detour from the navigator’s strict schedule that had taken hours of planning with maps, books, laptop and iPad set up nightly on the kitchen table in the weeks prior to our departure. My detailed notes stated we were to head from here into the Flinders Ranges, camp at a cattle station and tour Wilpena Pound. But alas, it seems some plans are made to be broken – we’ll just have to do that trip some other time!

So, after the driver had pumped up the tyres yet again, we set off on a quest for our new wheels. Once again, we were surrounded by another flat endless scrubland but it somehow seemed easier to bear under a clear horizon dotted with cotton wool clouds.

At the border we were stopped for a fruit and vegetable inspection. The inspector actually boarded the bus to check our fridge and cupboards for any hidden contraband. Luckily we had been warned about this and had been enjoying vegie stir-fries and stewed fruit for the last few days to use it all up. Unfortunately, this had led to an abundance of toxic gas being produced by a certain little fella. In future, this practice will be discouraged in such an enclosed environment! 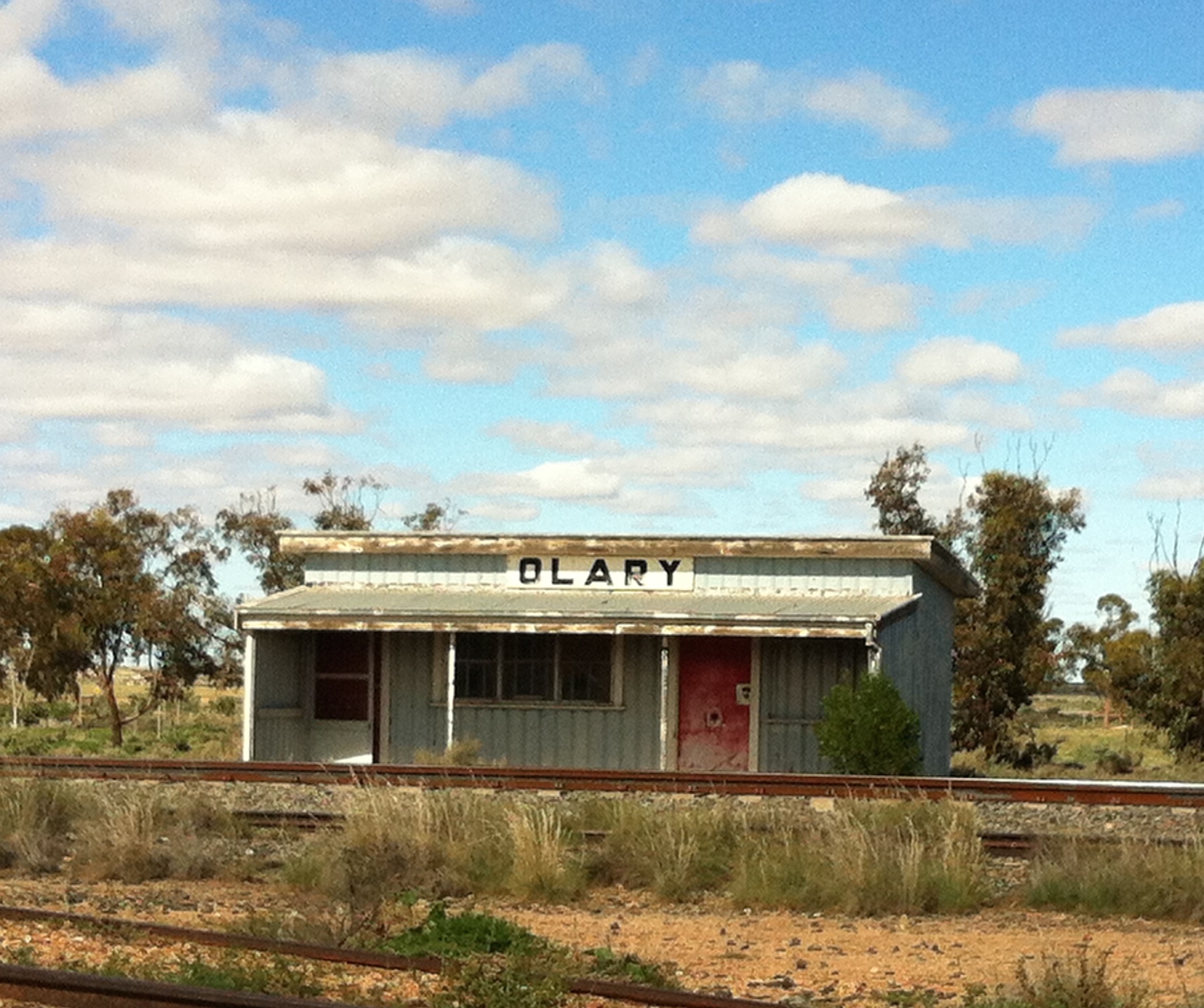 Our morning journey followed the old rail line and we stopped for lunch (and to check on the bounciness of our tyres!) at the cute little town of Olary. This?consisted solely of a sad old station on one side of the road and a booming pub on the other.

Then, as soon as we turned away from the railroad the scenery opened up into beautiful rolling green hills dotted with fat contented sheep and sprinkled with grand old homesteads.

Before we could get used to this sudden change in the landscape we were climbing an almost alpine-type road through Mt Remarkable.?Our little one we’ve christened ‘baby bounce’, (a parting gift from some old, old pals) watched in awe from his prime position on the dash.

Then as we descended the other side, the Spencer Gulf appeared ahead like a misty mirage. Baby Bounce was so happy the see the sea he flew off the dash and landed in the drivers lap!

We?d made it to Port Augusta, known as the crossroads of Australia. But for us bouncers, it?s the place where we will finally get the ?wheels on the bus? fixed. Then ?the driver on the bus? can stop all this ?up and down? nonsense of jacking up the bus and crawling around in the dirt. But I?m sure he?ll soon find some other excuse to get dirty!

Whats with the old old pals eh? Love hearing about little bounce’s adventures too.
Sounds like you’ve already had a very adventurous adventure!!!
Thank goodness for new wheels I’m sure they can’t come soon enough. We look forward to hearing about more your bouncin’ adventures.

Well, some people are nearly 50!

Good thing your bounce RV comes with a built in Mr Fix it man !! you really have had a few unfortunate mishaps hope its all good from here on in. I am loving your writing of the adventures very amusing & enjoyable reading.