On the way out of the capital we had one more tourist attraction to visit, the Darwin Aviation Museum.

This enormous WWII hangar is filled with planes, pieces of planes, photos of planes, models of planes and every other bit of aviation paraphernalia imaginable. It was a veritable paradise for the driver but spending a hot day under a semi-circle of corrugated iron was like absolute hell for me.

?Eventually, I chilled down as we headed into Litchfield National Park. The ?bush grew dense, turning cool, dark and shady. Ah, paradise! The driver was keen to check out the bush camps he?d heard about further on but I insisted we pull in at the first caravan park with a swimming pool. A gruff, lanky German bloke greeted us, ?name, nights?? Once the formalities were out of the way (we?d handed over the cash!) he grinned saying, ?You come to beer garden.?

We were led out back to an ancient spreading banyan tree around which a vine-covered pergola had been crafted with a raised wood fired bbq that stood like a pulpit at one end. The only decorations were some handwritten signs hanging from the boughs of the tree announcing, ?Licensed Premises?.

Pointing to these he asked, ?Know what signs mean?? and the driver answered chuckling, ?Yeah mate, it means you?ve got beer?.

Our host grinned again and asked us to join him in the beer garden for a free sausage sizzle later. I headed off to the pool while the driver set off with a coldie to meet our neighbours. But as he made his rounds the manager spotted him and angrily shouted, ?I told you ? no beer drinking?.

When I returned cool and refreshed from my dip, I found one cranky little fella cooped up inside sucking on a forbidden tinny, grizzling about caravan park Nazis.

Later, when he?d calmed down we wandered over to the beer garden to enjoy the free sausage sizzle. Talking to some other travellers we learnt the ?house rules?. Apparently, our host believed that as he had gone to all the bother of building a shady beer garden and applying for a licence, campers should only drink his overpriced alcohol.

The driver soon discovered that our friendly host also stocked Bundy and it turned out to be great night. We met a lovely extended family ? mum, dad, two little girls and their grandparents who had all been happily travelling together for almost two years as well as some French backpackers that had seen more of our country than we ever would – while our host served sausages and beer from his bbq throne.

The next day we took in a few of the sights of the national park. These included taking a ranger guided tour of the enormous magnetic termite mounds then after checking out the bush campgrounds we took a two hour trek down through the leafy green jungle to swim in deep blue rockholes and cool cascading waterfalls.

We had planned to camp nearby but feeling refreshed by our watery adventures we drove onto Adelaide River to stop for the night. Stepping out into the cool night air onto a carpet of thick grass after weeks of red dirt and heat made me feel like dancing a little jig. Though it may have had something to do with the boot scootin? toons wafting across from the tavern next door. 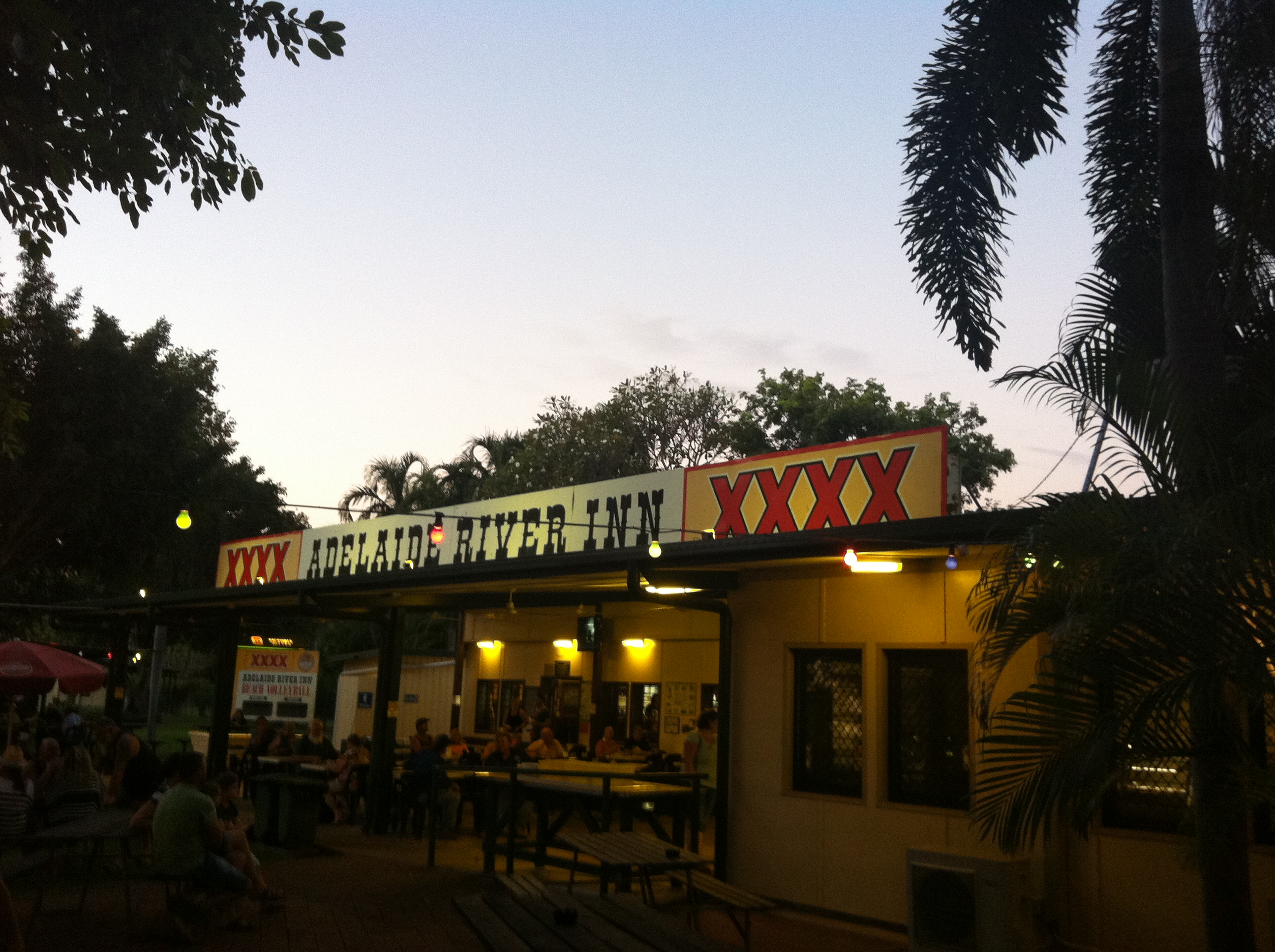 We wandered over to check it out and found the place teeming with so many cowboys decked out in western gear it felt like we?d stepped onto a movie set. It was obvious to me that some serious people watching needed to be done so we ordered a counter meal and the driver went to purchase liquid refreshments. He was duly informed that the rustic timber-slab bar and its resident bucking bull were probably familiar, as they?d featured in one of the Crocodile Dundee movies. When he acted suitably impressed, he also learnt that the dude population explosion was due to the annual rodeo arriving in town.

We decided to stay for another night to check it out and we weren?t disappointed. After a moving visit to the nearby war cemetery the next day we donned jeans and boots and rode the scooter like a thoroughbred out to the showgrounds to experience our first ever real-life ?rowed- ay-oh?.

Yee-Ha, it was fine and fancy!!

The spectacle in the tavern the night before was nothing compared to scene spread before us. Entire families from babies to grannies were dressed to impress in jeans, jewelled belt buckles and patterned western shirts (complete with satin piping, of course) topped off by some of the meanest looking cowboy boots you ever did see. 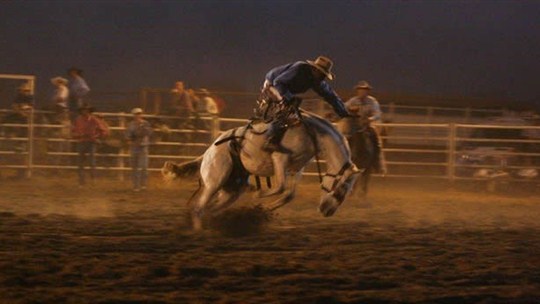 Then there were the horses, rubbed down and curry combed till they shone. With plaited manes and tails we watched these glossy statuesque beasts perform difficult manoeuvres as if it were natural as their riders guided them using only soft clicks and hums. And that was just the juniors! (Cathie Jones-eat your heart out!)

The actual bull riding left a little to be desired, especially when I spoke to one proud old lady. She had both grandsons (just 5 & 8 years old) riding in honour of their father, her only son who had recently died competing in the same event. But the crowd loved it!

These were the landed gentry, the stockmen and station hands living their lives in isolation trying to raise cattle on this harsh red land ? an entirely different breed of NT folk to the bogans we?d encountered in the townships.

Wow Dan. Makes me want to make like a cowgirl! Cool story.